By Don Wiggins- Jacksonville, Florida. Like millions, I have thought a lot about what the U.S can do to end the current recession and guard against the next. I keep coming to the same conclusion.

What characteristics would an ideal economic boost have? Well, it should be quickly achievable. It should be long-term. It should have recurring benefits. It should have benefits throughout the economy. It should be as noncyclical and recession-resistant as possible. It should be able to replace jobs that will never return and aid in recovering lost jobs, such as manufacturing. If it has other benefits, like enhancing national security, so much the better.

There is at least one sector that can achieve much of this, and that sector is energy. Freeing the energy sector would almost immediately increase jobs in the U.S., primarily by transferring them here from overseas. The U.S. has more energy than any other nation, considering oil, coal, natural gas and oil shale. Add American ingenuity in building safe nuclear power and developing solar, wind and other sources, and the sky is the limit.

But what about ecological effects? Unless we’re willing to purposely stifle American economic and job growth, it’s not whether the energy will be produced, but simply where. Would we rather it be produced in countries that may not have our environmental and safety standards?

Also, if we don’t produce the energy, it will be produced by countries that don’t necessarily have our best interests at heart, and can hold us hostage. That’s not speculation. That’s historical experience.

Domestic production will also substantially reduce the major export of dollars from buying millions of barrels of oil abroad. Demographics dictate that there will be an inevitable wealth transfer as our country ages and we buy more foreign goods. Why not offset that hemorrhage by eliminating foreign energy purchases?

Other benefits include more domestic capital to redeploy in manufacturing, infrastructure and other pressing needs. Domestic production will also provide tax revenue, ideally, to reduce the deficit.

But won’t it take 10 years or more to bring new production on line? No matter the answer, the conclusion is the same. Suppose it does take 10 years. Would we be better or worse off today if we had started safely and cleanly exploiting our vast resources 10 years ago?

My belief is that it won’t take anywhere near 10 years if we unleash the awesome power of American ingenuity and the much-maligned, but extremely powerful, profit motive. We would see new activity begin immediately and increase steadily.

Domestic energy is not the only solution, but it would be a major contributor. Although we haven’t seen the specifics of his plan, President Obama appears to have come to the same conclusion. However; we have to produce energy using reason and resolve. It’s to everyone’s benefit except our competitors and enemies.

Don Wiggins is president of both Business Valuation, Inc., a firm specializing in business valuations, and Heritage Capital Group, Inc., a boutique investment banking firm focusing on middle market companies. Headquartered in Jacksonville, Florida, Wiggins has over 30 years of experience advising clients on a wide range of mergers and acquisitions and finance transactions, including M&A, sales and divestitures, capital placement, value enhancement, exist planning and related business owner transitions. He has advised international and domestic companies and successfully led transactions in numerous sectors, including business services, healthcare, distribution and logistics and manufacturing. Since 1989, Business Valuation, Inc. has performed thousands of valuations for professional service, as well as wholesale, retail and consumer product companies in a variety of industries including healthcare, transportation, logistics and distribution, manufacturing, technology and business services. With more than 30 years of experience, Heritage Capital Group, Inc. has earned a reputation for negotiating highly successful outcomes in both sell-side and buy-side transactions, mergers and acquisitions, value enhancement prior to exit or transition, capital placement, debt management and numerous other business deals. Heritage’s customers include hundreds of business owners of mid-sized companies in the southeastern United States and, as a founding-member of M&A International, lead numerous, successful international transactions. The Heritage team’s extensive transactional and operational experience provides a vital perspective on the most effective means of maximizing value as measured in the market by either potential investors, partners or buyers. With a broad reach throughout the marketplace, Heritage Capital Group maintains a keen focus on the unique needs of owners of middle market companies. 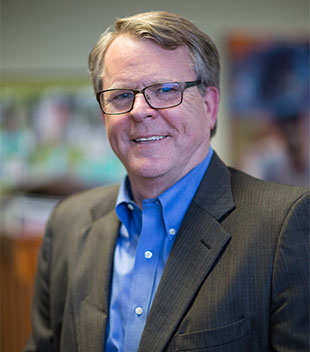 Our Clients Say It Best

“They were looking out for my best interest.”

“I knew that I could trust them.”

“Heritage brought not only knowledge and nationwide contacts in the capital markets, but also senior-level operating expertise to supplement our team.”

“There is no way that I would ever do a purchase or a sales transaction of a business without the involvement of Heritage Capital.”

“Heritage could provide to me the same services that I could get from a big name firm from Chicago or New York.”

“They are here in Jacksonville, but their reach is far beyond.”

“We were really comfortable with their expertise & knowledge to bring our company to market.”

“They were my partner at the table.”

“Heritage brings to the table vast experience in business & in doing transactions.”