Bill Sorenson Named President of the Rotary Club of Jacksonville

Heritage Capital Group would like to congratulate Bill Sorenson on being named president of the Rotary Club of Jacksonville, the oldest Rotary club in Florida.

Bill joined Rotary in 2010 and has held different leadership positions including Assistant Treasurer and Director. In addition to these roles, Bill has chaired various Rotary committees and projects including the club’s Rotary Youth Leadership Awards (RYLA) committee and an international service project. The RYLA committee sponsors area students to participate in an annual leadership training program. The annual international service project sponsored over 23 ophthalmologists from primarily African countries to come to the United States for two weeks to connect and learn from US-based practitioners and hospitals.

Bill loves the club’s commitment to ‘Service Above Self,' one of Rotary’s official mottoes and a key principle in a Rotarian’s life, as well as all the contributions the club has made to Jacksonville. He also enjoys fellowship with other club members who are all leaders in the community. Bill will assume his new position as the 110th club president starting July 1st and is looking forward to growing the club.

Bill is a principal with Heritage Capital Group, where he focuses on merger & acquisition and strategic consulting assignments for clients. 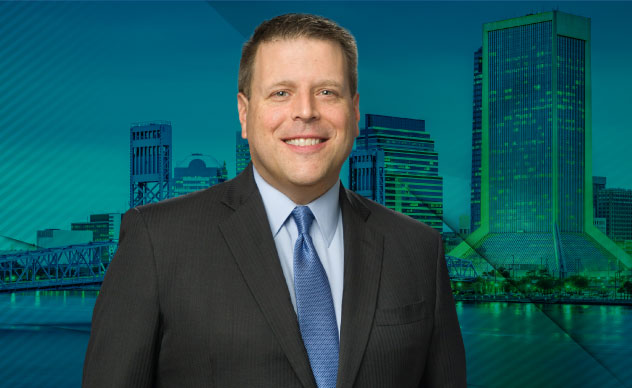